I was 22 and Tony was 23. We had only been dating for two years at that point and never considered children that early. We were pregnant.

I was 8 weeks along!
I guess it doesn’t really matter all the fear and anxiety we had because she was a blessing.

It was a pretty routine pregnancy, had the normal morning sickness, had good blood pressure and measured good all along the way. The only scare we had been what thought to be low amniotic fluid so I had to have an ultrasound to check the AFI (amniotic fluid index). I passed within the amount needed and no other worry had happened….

On March 22, 2009 that night I had a few headaches nothing to worry about and went to bed. The next morning on the 23rd I still had the headaches and had some cramping. I contacted my doctor who by the way is 40 minutes away and told her my symptoms. She told me to immediately come to the hospital. Well, being the stubborn person I am took a shower before we left. Also, we did not have our hospital bag packed whatsoever and were rushing to get it packed. We left and went to the adjoining clinic/hospital. I had protein in my urine, swollen ankles and feet (little sausages!), blood pressure sky rocketed, headache and cramping. All signs of early pre-clampsia. Pre-E is a condition that is pregnancy-induced hypertension. Serious stuff!! Which I was like what??! Huh?? What the heck does that mean?! Next thing I know she is telling us to walk to the hospital and admit ourselves: WE WERE HAVING A BABY TODAY!!!

That day was the scariest day of my life. We were only 36 weeks along!

We then were admitted into the hospital and all seemed well. Until, they gave me magnesium sulfate which stabilizes the seizures that can happen. This drug by the way is horrid. Completely the worst feeling you can have. Makes you heavy feeling like you can barely move. This is also a good example of how I felt, I was burning inside but my skin was cold. I felt literally i was burning inside my body. I also had steroid shots to help her lungs develop because we were before 37 weeks.
I had labored for 5 hours and eventually I knew my body couldn’t do it. I was too weak from the medicine. I was devastated. I wanted to not have an epidural and labor as long as I could without intervention. I knew I was already screwed when I had to have the magnesium. I opted to have an epidural, in thought that it would at least allow me to labor naturally. I will not say that this is what caused me to have a c-section, but if had been an advocate and knew my options I would have never chose an epidural. I have read studies that state: Hypertension in pregnancy and an epidural raises the risk to lose heart rate and thus leading to a c-section. Only what I have read, I am not a doctor but seriously someone could have told me the effects during my situation.
After, having the epidural inserted, I felt soo much more at ease! Until, about every buzzer in my room was going off and about ten people ran into my room. We had lost her heart rate. I was then told to get on my hands and knees to release pressure off of the baby. Doing so did not raise her heart rate. My heart rate was also fluctuating as well. They then pulled me out of the room and told me I was having a c-section. Tony was not scrubbed up, I had said over and over where is Tony? Where is Tony? They kept telling me that they were going to get him in the room. The anesthesiologist was next to me all chipper saying “We’re gonna have a baby!” seriously not the time!! The medicine I was on made me druggy feeling and I didn’t really understand all that was going on. I remember a pull and a tug… and a flash of skin above the curtain. Still no Tony!
I was then taken to the recovery room and then to my room. I woke up and everyone was in my room. Tony handed me Lyla! She was absolutely beautiful. She took my breath away! I never knew love until I held that little girl. It was the most incredible feeling anyone could have. I was officially a mother!! One of the best days of my life. All the worry of the world was gone when I held this little girl.

I was tested positive for Hellp syndrome. That is when a woman has low platelet counts, hemolysis which is the breakdown of red blood cells too quickly, and elevated liver enzymes. Serious stuff!! They thought I was going into shock and hypothermia. I had such a low temp it wouldn’t read on any thermometer. I had raised blood pressure still after having her and had compression leggings on and pumps the entire 5 days I was there. I couldn’t walk for 4 days and had to have a catheter. I was a mess. I was way worse than my child who was born early.

She was in the special nursery for only about 45 minutes Tony said. She passed all the tests and seemed to be doing wonderful. I on the other hand had not done too well!

While I was at the hospital I had a wonderful nurse who truly to this day saved me. She stuck by my side and pulled a double not to leave my side the night I had come down with Hellp. Her name was Judy and I absolutely couldnt thank her enough!

Those women at the hospitals are truly the best or worst part of your experience. If it was not the support and caring side of this wonderful woman, I am not sure what Tony and I would have done.
We got to take our precious baby home 5 days later. Ever since I first heard her heartbeat she had my heart. Everyday she amazes me more and more.

Next, will be my Tenley Rose. Completely different birth story. I wouldn’t change it for anything.
What kind of birth story do you have to share?! I would love to hear of your experience.

Like Loading...
Welcome to my blog!! My name is Roxanne and I live in Wisconsin with my Mister Tony and our two beautiful daughters!! We are expecting our our 3rd little bundle in November! I hope you enjoy reading about our lives!
Visit Roxanne Stokkers {wiscomom}'s profile on Pinterest.
Follow WiscoMom on WordPress.com 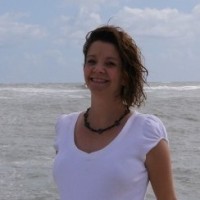 I am first and foremost a daughter of the Most high King, a single mom who survives on coffee and Jesus, and someone who likes to think they have it all together but really has no clue. Welcome to my ramblings...

Laptop on the Ironing Board

A place to procrastinate when you really should be folding washing

My reflections on life, family, faith, adoption and whatever else comes my way.

"Fullness of joy is discovered only in the emptying of will.”